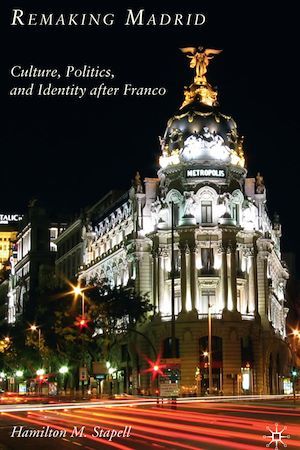 Remaking Madrid is the first full-length study of Madrid's transformation from the dreary home of the Franco dictatorship into a modern and vibrant city. It argues that this remarkable transformation in the 1980s helped secure Spain's fragile transition to democracy and that the transformation itself was primarily a product of "regionalism"-even though the capital is typically associated with "Spanishness" and with "the nation." The official project to distance Madrid from its dictatorial past included urban renewal and administrative reform; but, above all, it involved greater cultural participation, which led the revival of the capital's public festivals and the development of a modern cultural outpouring known as the movida madrileña. The book also explains the ultimate failure of regionalism in the capital by the end of the 1980s and asks whether or not Madrid's inclusive form of "civic" identity might have served as a model for the country as a whole.